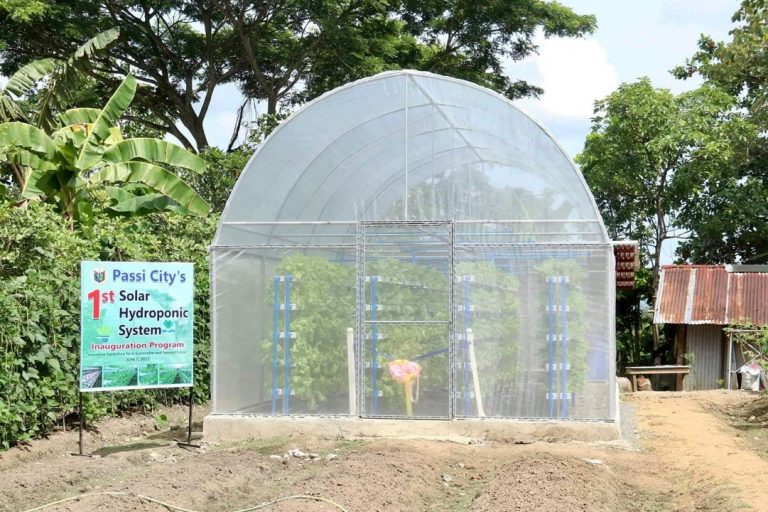 The City of Passi recently held a ribbon-cutting and ceremonial harvest of the first crop of its new solar hydroponic system. The facility is the first solar hydroponics system on Panay island and is located at the STEPHEN Program Demo Center, New Town Site, Brgy. Sablogon, Passi City.

The occasion marked the first step in the city’s journey towards food security.  The city's vision is to replicate the project among its 50 farmer groups to diversify and increase food yields and supplement farmers’ incomes. At present, farms within the city and its surrounding areas are devoted almost exclusively to sugarcane and pineapple --crops with long growing cycles-- taking almost a year from planting to harvest.

© 2021 One Renewable Energy
All Rights Reserved.